“Out of Silence”: An interview of pioneering Asian American Midori Arimoto 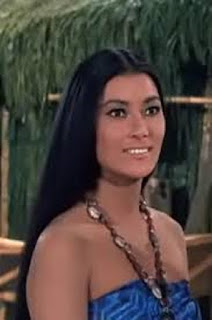 Midiri Arimoto chose to title this interview after the book Out of Silence: Emerging Themes in Asian American Churches[1] because, as a Christian Asian American, she  is moving out of silence today and making her voice heard in reaction to the recent attacks on Asian Americans.

In 1776, John Adams, Benjamin Franklin, and Thomas Jefferson proposed "E Pluribus Unum" as the motto for the first Great Seal of the United States. The Latin translation "One from many" represented one Union from a collection of states. However, these great statesmen didn't envision the millennial Asian American church as a fast-growing demographic in the United States. Yet, according to a comprehensive, nationwide survey of Asian Americans conducted by the Pew Research Center, “Christians are the largest religious group among U.S. Asian adults (42%).”[4] To the contemporary American church, "E Pluribus Unum'' embodies the vision of the Apostle Paul's New Testament Church: "There is neither Jew nor Greek, slave nor free, male nor female, for you are all one in Christ Jesus" (Gal. 3:28 NIV).   The Asian American church can be viewed as a parallel millennial “E Pluribus Unum." There are over thirty different kinds of Asian American ethnic groups and nationalities.

Midori Arimoto explains that “Fumitaka’s association with and involvement in the Pacific and Asian American faith communities in the San Francisco Bay area in the late 1970s and early 1980s[5] made me think about growing up in the Bay Area (Redwood City, California) in the 1970s and 1980s—the time frame of my young adulthood. My life experience is a testament to the way the Christian church provided identity and values for Asian Americans. In 1987, I traveled to Israel on a missionary tour organized by Michael P. Grace II and was baptized a Christian in the Jordan River. Through Mr. Grace's Hollywood outreaches (detailed in Jeanne DeFazio’s book Creative Ways to Build Christian Community, my relationship with Jesus grew as I interacted within multicultural Christian fellowships in Hollywood. Jeanne referred to me as a ‘confidante’ of Michael P. Grace II in Creative Ways.[6] In actuality, Mr. Grace was my spiritual mentor. I attended [singer] Donna Summer's Bible Studies in her Hollywood Studio with Donna and her father with Mr. Grace.  I experienced the uplift of Christian fellowships that included prayer, Bible study, and praise at Mr. Grace's Christian events. He often gathered members of the entertainment community and offered a meal. Struggling actors showed up regularly for food and spiritual support at Mr. Grace's Christian outreaches, Bee Beyer's Southern California Motion Picture Council luncheons, and Mary Dorr's Angel Award dinners. Looking back, I realize my years involved in these communities gave me a spiritual anchor in life that I really needed.”

She continues: “I was born on January 29, 1941 in Monterey County, California as Dianne Midori Arimoto. I am an actress, known for McCloud (1970) and Krakatoa: East of Java (1968). I am possibly best known for my role as Kilani on "Gilligan's Island." I am a SAG/AFTRA actress who starred in several sixties TV shows and movies in mostly uncredited roles, such as the films Donovan's Reef, The Boatniks with Vito Scotti and Phil Silvers, Hang-up, and Blood Voyage. I was also a supporting player on "The Red Skelton Hour." I currently reside in Northern California. As a veteran Hollywood actress who pioneered as an Asian American in a predominately white professional world, I sang in the chorus of a live production of ‘The Flower Drum Song.’

My TV fans often recognize me as "The Slave Girl" on a Gilligan's Island episode. This monosyllabic character represents the typecasting of Asian actresses of my era. I portrayed a refugee in the epic film Krakatoa: East of Java.  I am grateful today for the residuals I receive from my acting roles and applaud millennial actresses for breaking through the racial barriers and successfully taking on mainstream roles.”

“My American born Japanese family was interned in the California concentration camps. My father served in World War II and was a highly decorated Japanese American veteran. I encourage all Asian American families to find Jesus and to experience the solace I found in Christian community. I love the fact that Fumitaka Matsuoka beautifully described ‘the vibrant church communities that sustain the Asian Americans in day to day living and give them joy in belonging even in inhospitable environments.’[7] This describes my experience in multinational Christian communities. As a Christian and an American, I believe all American Christians must adhere to the Magna Carta of Christianity stated in Paul's letter to the Galatians 3:28: ‘There is neither Jew nor Greek, slave nor free, male nor female, for you are all one in Christ Jesus.’ Scripture demands a just place in American society for the Asian American.”

Jeanne DeFazio is the co-editor of Creative Ways to Build Christian Community; Redeeming the Screens; Empowering English Language Learners; An Artistic Tribute to Harriet Tubman and The Commission. She co-authored with Teresa Flowers: How to Have an Attitude of Gratitude on the Night Shift, and edited Berkeley Street Theatre; Keeping the Dream Alive: A Reflection on the Art of Harriet Lorence Nesbitt; and Specialist Fourth Class John Joseph DeFazio: Advocating for Disabled American Veterans. Jeanne's latest book is Finding A Better Way (2021).

[1]Fumitaka Matsuoka, Out of Silence: Emerging Themes in Asian American Churches (Eugene, OR: