Aretha Franklin’s Pain and Triumph in the Movie Respect 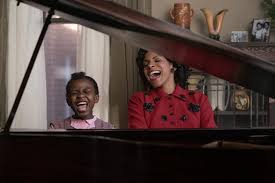 Respect is a movie about the repercussions in the life of a person sexually exploited and sinned against by another.

The biblical passage that kept recurring in my mind afterwards was the Apostle Paul’s First Letter to the Thessalonians, exhorting them to please God by doing God’s will, to become holy in thought and action, by keeping away from sexual immorality. How to do that? By exercising control over one’s own “vessel” (or body) “in holiness and honor, not with lustful passion, like the Gentiles who do not know God; that no one wrong or exploit a brother or sister in this matter, because the Lord is an avenger in all these things, just as we have already told you beforehand and solemnly warned you. For God did not call us to impurity but in holiness” (1 Thess. 4:3-7 NRSV). Paul emphasizes the responsibility of the one committing sexual immorality. The movie focuses on the person wronged, or sinned against, and exploited or taken advantage of.

The talented Aretha Franklin (played effectively by Jennifer Hudson), reared in a musical family, is mentored by her father, C.L. Franklin (well played by Forest Whitaker) and awakened to sing before his parties attended by famous musical performers and noted political celebrities. The actress (Skye Dakota Turner) who portrays Aretha as a child does a wonderful job of presenting a delightful, confident, talented, and innocent child. But one night, unknown to the father, a guest slips into her bedroom and sexually molests her. Then Aretha’s mother dies. This disturbs the child so much that she refuses to talk or sing. She never tells who molested her.[2] As a result of her introverted response, Aretha becomes a person damaged throughout her life. She accepts the control of her father and then abuse by her first husband, Ted White (played successfully by Marlon Wayans), and becomes sexually permissive herself, and eventually self-medicates with alcoholic abuse. Innocence lost brings a powerful negative aftermath.

But, at the end, after a poignant prayer to God, Aretha turns back to the church to help her transform her life. Her decision is her turning point. Her producer offers to put her in a program to deal with her alcoholism, but she is firm that she will create her own program wherein God and the church must be the strongest part of her recovery. The result renovates her life and produces her best-selling gospel album “Amazing Grace.”

The movie has sadness and trauma mixed together with Aretha’s musical triumphs. The singing by actress Jennifer Hudson is marvelous. The movie might suggest that Aretha Franklin’s pain fueled her singing. We may also say that her musical gifts of singing, arranging, writing, and playing progressed her triumphs further despite her pain.

The movie is a text of terror with a positive Christian ending. Phyllis Trible popularized the term “text of terror” for those biblical accounts that describe the tragic stories of women, such as Tamar, daughter of King David, raped by Amnon (2 Samuel 13).[3] As ministers, Bill and I hear heart rendering stories of such abuse. We recognize the reality in this depiction, responsibly portrayed in the movie. The incidents moved at the pace of real life. The scenes are not presented salaciously, but we viewers were still overwhelmed by the horror. In the ministry, we’ve learned that young girls who have been raped may become sexually promiscuous because they no longer see themselves as pure and their identity is shattered. They used to be special, but now to them that self is gone.

If anyone should imagine that sexual abuse of a child, if not discovered at the time, has no or little lasting effect, this movie is the one to watch. We are all reminded not to live like those without any guiding principles, but instead to treat our own bodies and those of others as holy vessels that honor and please God.

[2] Late in life Aretha does disclose the name in a handwritten will. “Aretha Franklin,” https://en.wikipedia.org/wiki/Aretha_Franklin, accessed 16 August 2021.

Waiting for the Perfect Wave? 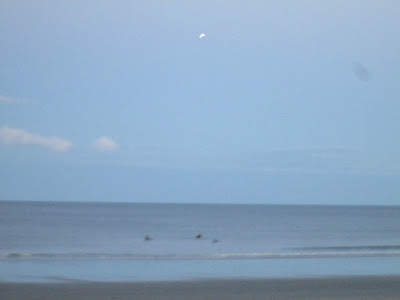 At the end of July, we went on a brief vacation to New Hampshire. I was impressed by the many surfers at our beach. Some would be out in the frigid ocean before 7 in the morning and not leave the water until 8 or 9 at night. Heads bobbling just above the surface, they would wait endlessly in the ocean, holding onto their white surf boards at water level in their black wet suits, hoping for the perfect wave so that, when it came along, they could ride it for 1, 2, 3, 4, maybe 5 seconds.

How many times do we tread water while we wait for just the perfect wave to come, the perfect time to act?

Are we as prepared and dedicated as these surfers?

Is our hope more sure than their perfect brief wave?

I was reminded of Peter’s encouragement to the dispersed Christians in ancient Pontus, Galatia, Cappadocia, Asia, and Bithynia who were experiencing mistreatment by their neighbors: “Sanctify the Lord Jesus in your hearts, be ready always to make a defense to anyone asking you an explanation concerning the hope that is among you, yet do it with gentleness and respect” (1 Peter 3:15-16).

When I taught English as a Second Language at the Trenton Maximum Security Prison in New Jersey, just after completing my Master of Divinity, I felt duty-bound to share the good news of Jesus Christ to the Latin American inmates, when the right time came. So, I made some plans. As their teacher, I already had a good relationship with the men. Now I had to plan the perfect evangelistic program. First, I thought I would show them the antithesis of the gospel—a film on the Ku Klux Klan. That bombed! The KKK was using Bible words out of context to defend their hatred of certain groups, including my students. Then, I brought a film on Rev. Dr. Martin Luther King where he gives his famous sermon “I have a dream.” I thought that he would provide a positive model of a concerned Christian. But, at the end, one of the men yelled out that King’s dream was just that—a dream—and did not happen. Prejudice and discrimination still occur, and they all had felt it many times.

After that, I decided to give up on my fancy presentations and preparations. One night, as the students worked on their assignments, I found an inopportune time, I lifted a sheet of paper, and asked abruptly: “Would any of you want a Bible study or a worship service?” To my shock, a few yelled, “Both!” I was astounded! I then told them: “If you are really interested, come up and sign this paper and indicate which program you want.” Many men rushed forward, and others followed. I then set up a Bible study (which I led together with Bill) and I invited churches to conduct worship services. Three agreed to come: the local Spanish Methodist, Pentecostal, and Roman Catholic churches. So, together we filled the week with Christian events.

I had been waiting for the perfect wave but did not realize that in God’s flow of events a good relationship was sufficient, real, the “perfect” preparation, not a “perfect” presentation.

I had been prepared by having studied in seminary and now understood that this basic Bible and ministry training was what I had needed.

My hope had been to present the good news to them. Finally, I was able to invite them to the means to do so: Bible study and worship. And, in the end, they would have a hope not of a few seconds but of eternal duration. 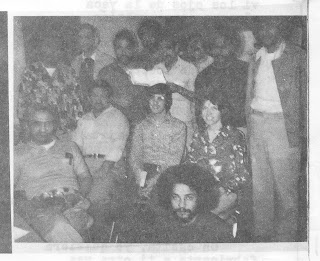