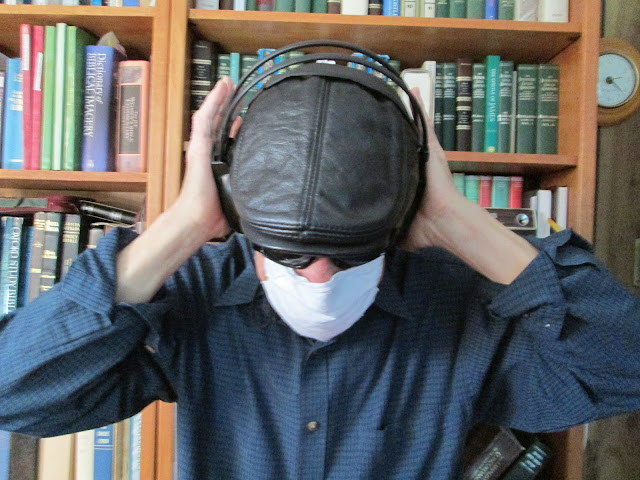 It all started last Friday. Over two days I experienced three similar incidents.

As I shopped Friday morning looking for meat, I saw before me a young woman with stretch pants and a creamy brown skin and I wondered if she was from the Dominican Republic. Right now we cannot decide whether to go there next January because of the travel advisories. We usually go once a year to my birthplace to escape part of the miserable winter weather. At the check out line, she brought her cart of food behind me. To my surprise, a manager told her to move forward because she was blocking the narrow path behind her (created artificially by the store). When I went to pay, the checker had to ask the front manager to help with an internet coupon I wanted to use. As she left, the front manager turned to the woman behind me and told her to stop placing her food at the end of the counter and move back. She replied that the other manager had told her to move forward. To that, the front manager snapped, it is the law, she must move back! To which the woman, exasperated, replied, she was being given contradictory directions. At that, the front manager turned and stormed to the front office muttering loudly that if you don’t want to obey the law, you don’t have to shop here!

What happened to the “customer is always right”?[1] That customer is never coming back! And, that supermarket is going to get less folks of color than it has now.

That Friday evening, we went to a Thai restaurant to eat out. We had not gone there since last fall. When we arrived about 6:30 p.m., the whole place was completely empty. We sat outside in the newly decorated section to see if we might attract any more customers. While waiting for our meal, we had a lengthy chat with the owner, hearing about her financial woes.

At the end of the meal, we went to pay inside and were pleased to see a few customers for takeout. There were tables between us and the owner at the cash register. She placed our bill and some candy on a little plate on a table. While Bill paid, another customer squeezed between the two tables to reach the cash register. In response, the owner growled, “Step back! Step back!” The customer jumped back. I wondered if she would ever return. There was no sign indicating one must stay behind the tables.

The next night, Saturday, at the third incident, I myself got involved with a disagreement. We decided to do takeout at a local restaurant. Over the phone, the woman who took the order told me the meal would be ready in 30 minutes. In the past, the meal was cold when I received it, so I attempted to arrive in 15-20 minutes. However, by the time I got the attention of the worker, it was 30 minutes later. She had two lists, one for those being seated and one for those taking takeout. It looked like she couldn’t find my name. I waited again. When she returned, she said she would send the owner of the restaurant. I wasn’t sure why. When he came, he turned back inside to check on the order. At his return, he said the meal would not be ready for another 15 minutes, saying I would have to wait because I was too early. I reminded him that I was told the meal would be ready in 30 minutes. He said the cook wrote 45 minutes. I repeated, I was told 30 minutes. He then snarled, that’s what you say! He implied I was lying!

I was shocked! We have known this owner and enjoyed the restaurant’s meals since it opened over 30 years ago. I felt like I wanted to leave in a huff! But then I thought, they would be stuck with the meal, and we would have to start again in another restaurant. I decided to wait. And, sure enough, 50 minutes after I had originally called, I received our meal. However, I wondered if I would ever return. Who needs to pay to be insulted?

What do all these incidents have in common? The proprietors did not really listen to the customers (and expected the worse intentions from them). (And, customers can be difficult!) Many are in their own worlds, their own worlds of conflict. Violence is increasing worldwide because people’s inner frustrations are being worked out outside of themselves.[2]

In an ideal world, if those managers had listened, what might they have said?

“I apologize for the contradictory orders you received, but will you be generous and pause for a moment and step back? You should never have been told to move forward.”

“I am sorry these tables are confusing, but I had intended them to indicate a 6-foot safety distance. I am over 70 and I have to be very careful.”

“I regret there has been a misunderstanding. However, the cook thought you wanted your meal in 45 minutes. We are very busy, so if you can wait a few minutes more, the tasty meal will be worth your wait.”

Their “soft answers” would have turned away potential “wrath” and they would have kept their customers. Instead, their “harsh words stirred up anger” (Prov 15:1-2) in their customers. The foolish worker “gives full vent to anger” but the wise manager “quietly holds [anger] back” (Prov 29:11). Solomon repeats in Ecclesiastes: “Do not be quick to anger, for anger lodges in the bosom of fools. Do not say, ‘Why were the former days better than these?’ For it is not from wisdom that you ask this” (7:9-10 NRSV). That is exactly what we are all doing! We are lamenting the former days when no one had to keep 6 feet away and we did not have to wear masks and the United States employment rate was good. Even the proprietors are overburdened by their own real economical fears and difficult times. Solomon says that lamenting the past is not wise, possibly because a) it may not be true that the former days were better, and b) we cannot go back to a better time. We have to live in our new and contemporary situation.

What do we need to do instead?

We need to take seriously James’s words: “Understand, my beloved brothers and sisters, and let every human be quick to hear, slow to speak, slow to anger, for a person’s anger does not work God’s righteousness” (James 1:19-20).

Step one is “hear” before you speak. People are deeper than we imagine. Proverbs explains: “The purposes in the human mind are like deep water, but the intelligent will draw them out” (20:5) and “The words of the mouth are deep waters; the fountain of wisdom is a gushing stream” (18:4 NRSV). No one may have been gushing out wise words, but no one also was trying to understand the human minds of others.

Step two is take your time before you “speak”! Taking one’s time helps one to try to analyze what is really happening. Am I really understanding? How can I express my view in the best way?

Step three is don’t jump to “anger”! Take your time again. It isn’t easy to curtail anger. From a proprietor’s perspective, keeping a customer is more important than maintaining what one thinks is true. Think about the cost to your relationship if you retort with a “hasty temper” (Prov 14:29). At rare moments I remind myself when about to blurt out an angry statement, is it worth it? And, how many times has this other person, my “beloved brother or sister,” been kind or efficient with me? Shall I ignore those times? (And, won’t I eventually run out of restaurants and supermarkets out of which I have stormed? In the future I may have to drive 100 miles to shop or eat.)

Jesus faced the same problem. He feared that people were not really listening to him either! How many times did he end a parable or discourse: “The ones having ears to hear, let him/her hear” (Luke 8:8).[3]

Rather, we all need to ask for genuine wisdom that encourages us to hear, understand, and eventually speak in a healing and knowledgeable manner. We need to ask God for patience. Listening to others, created in God’s image, will help us prepare for receiving God’s word (James 1:21).

[1] This was the motto I was taught when I worked for Sears.

[2] I had just finished the draft of this blog in time to attend our Pilgrim Church zoom service, when the first member to contribute spoke up about the same problem. She hesitated going out because people are changing and, she said, they are more inhumane now. 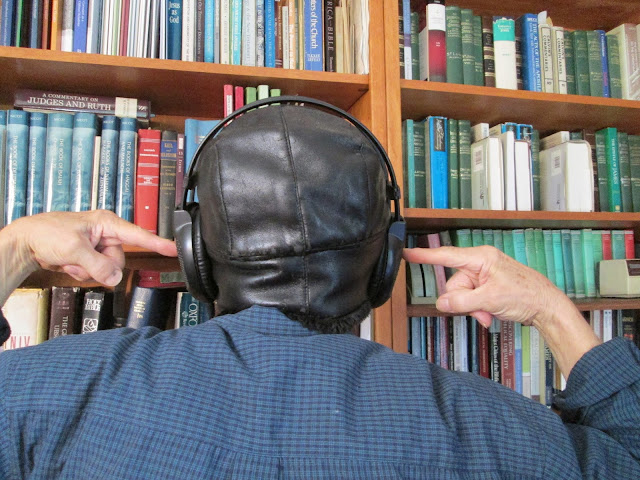