Does God Have Feelings? 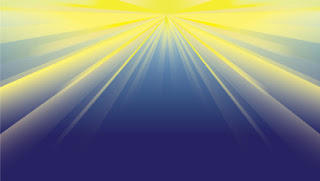 
All through the Bible we see God depicted as full of feelings. For example, God groans as a sufferer in Genesis 6:6 over human evil.[1] Conversely, in Proverbs 12:22, we see God delights in honest people.[2] It's the same all through the Bible: God is presented as full of emotions, although these don't change God's consistent character. So is God infinite? Of course! eternal? Yes! Immutable? Exactly! We see that God's character doesn't change throughout the Bible.[3] But are all these biblical instances simply anthropomorphisms[4], making God look more personal than God really is?


That's certainly what the great non-Christian philosopher and interpreter of Plato, Plotinus, seemed to think. Plotinus, who was born in A.D. 205, pictured God as a divine creating principle who "does not think, because there is no otherness; and it does not move; for it is before movement and before thought. For what will he be able to think? Himself?"[5] Plotinus' god does not delight in honest people as the Bible's God does in Proverbs 12:22. In fact, this god "does not desire us, so as to be around us, but we desire it, so that we are around it,"[6] god not being intensely involved in human history, as we see in the Bible, but, instead, being the still point around which the universe moves, where "when we do look to him, then we are at our goal and at rest and do not sing out of tune as we truly dance our god-inspired dance around him."[7] Sounds more like the unmoved mover of the old movie 2001, doesn't it?


It's an interesting question and it's been a controversial one throughout Christian history. The first great theologian after the time of the New Testament, Irenaeus, who died about three years before Plotinus was born (c. A.D. 202), and who, in A.D. 177-78, became the overseer of the early Christian gathering in the ancient city of Lyons, in what is France today, wrote to his people, "It was not an impassible Christ who descended on Jesus, but, since He was Jesus Christ, He Himself suffered for us; He who lay in the tomb also rose again; He who descended also ascended, the Son of God having been made man, as the very name indicates."[8] If we look up "impassible" in Webster's Unabridged Dictionary, we read: "incapable of suffering pain...harm. Incapable of emotion, impassive,"[9] making us wonder: Does God have feelings?[10]


What was this early teacher, Irenaeus, who had personally known disciples of the Apostle John himself, so concerned about? He wanted to make sure his people didn't become confused and think that God's Spirit had come down from heaven at Jesus' baptism, suddenly taken over a human named Jesus (zap!), hung around empowering him to do all his wonderful miracles and say all his marvelous insights, and then, during the crucifixion when things got tough, left the poor sap to die on the cross as God cleared out, which some were telling Irenaeus’ people that Jesus' dying words "My God, why have you forsaken me?" meant. The Spirit of God, they contended, had left the man Jesus to get mugged on the cross for human sins, rather than the Father God, in whose presence sin cannot exist, having to turn away from God the Son when Jesus took on all the sins of humanity, becoming sin for all of us in his substitutionary sacrifice on our behalf (2 Cor 5:21). Irenaeus was assuring his people that Jesus was fully God and human from his birth, right on through his death and resurrection. The great scandal of the cross is that God died for us, as the Apostle Paul in his letter assured Titus, the man whose skull is still on display today in Herakleion, Crete. So we Christians are awaiting "the blessed hope and appearance of the glory of the great God and our Savior Jesus Christ, who gave himself on behalf of us, in order to redeem us from all sin and cleanse us" (Titus 2:13-14). It doesn't get more clearly stated than that. There was no trickery going on here.


On the other hand, some 1500 years later, the Christian creed called The Second Helvetic [meaning Swiss] Confession, while explaining, "We worship not two but one Christ the Lord. We repeat: one true God and man," added these words: "THE DIVINE NATURE OF CHRIST IS NOT PASSIBLE, AND THE HUMAN NATURE IS NOT EVERYWHERE.[11] So what does that mean? (And who cares and why did they care?) What the Swiss reformers who wrote this great document were concerned about was the exact problem that Irenaeus was addressing, that no one be confused that Jesus Christ was somehow the uncomfortable partnership of a man and a Spirit of God, who could come and go at will. Jesus was no freak of nature. He was a fully human and fully divine person with a real human mother in whom the Holy Spirit of God placed the divine seed, which was the means, or the conduit, for one Person of the Great Triune Godhead, the Trinity, to enter our world and be born just as we are. Jesus was truly the child of God and the child of humanity, completely adequate to represent humanity as the substitutionary sacrifice for human sin to put us back in good standing with God, as well as overcome evil and begin the rescue of this off-the-track world of ours.


So, which is it? Is God passible or impassible? Is Irenaeus or the Swiss Reformers right? They’re both right. How is that possible? God has real emotions. The Father loves us deeply (John 3:16). The Son cared for us to the extent of entering our world and dying for us (Eph 5:2). The Spirit can be grieved by what we do (Eph 4:30). But the eternal God cannot be damaged, wounded, or killed. To die for us God had to be born human, taking on human flesh and frailty and become like us while remaining God (John 1:14).


So, should we conclude that God is indeed both impassible and passible? I think so. God is impassible in that God is invulnerable – in other words, what Superman would like to be without the Kryptonite (not to mention without ever being born, aging, or dying; being located in one spot; not knowing everything; not being all powerful; not being able to create the universe out of nothing, etc., etc., etc.). It's what The Second Helvetic Confession means, when it assures us there is nothing that can hurt God. But, at the same time, God has genuine feelings for us, what Irenaeus means when he assures us God is passible, that God loves us, feels compassion for us, and enters into our sufferings when God takes on human flesh and becomes Jesus Christ, the one who suffered and died for our sins to put us back right with God. In many cases, this controversy is over which meaning of the word "impassible" is being emphasized. God is indeed invulnerable (impassible), but God's feelings for us are real (passible).


I found several important lessons in exploring this question. First, words are flexible. The same word can mean different things to different people, so it's always important to check things out. Second, when there is a disagreement, there is often a deeper meaning going on that will illuminate us if we take the time to explore it. And, third, I am once again impressed with how much the God who created us loves us. God didn't have to make us in the first place and certainly didn't have to salvage us when humanity rebelled against God. But so great is God's love for us, that God came and lived among us and suffered what we suffer and even died to put us back right with this moral universe and with God's self. It's a wonderful thought to consider as we move toward Easter.


Those who are interested in my further thoughts about the Trinity may punch up “An Evangelical Statement on the Trinity” (www.TrinityStatement.com), which I composed in consultation with a number of other evangelical scholars from a variety of denominations and the fields of theology, biblical studies, church history, classical studies, and other areas.